Similarities and Differences Across Colonial Contexts 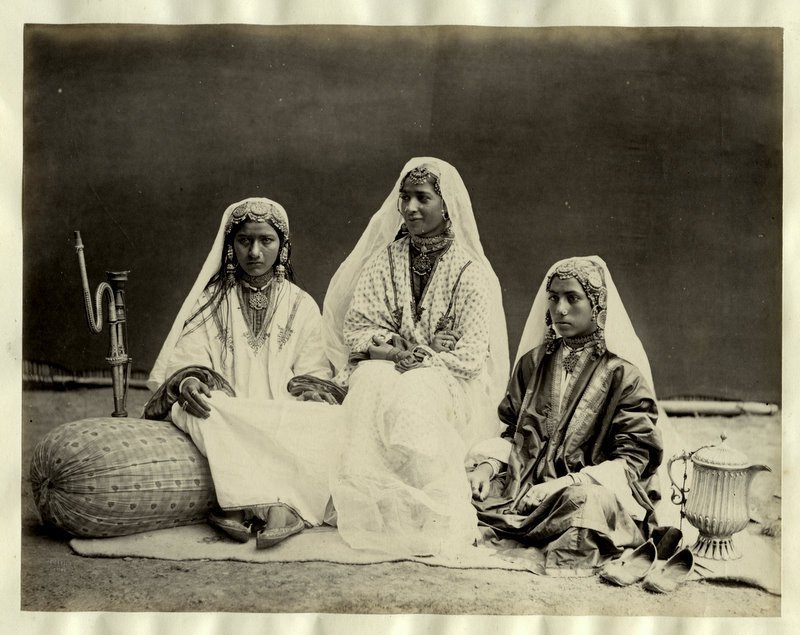 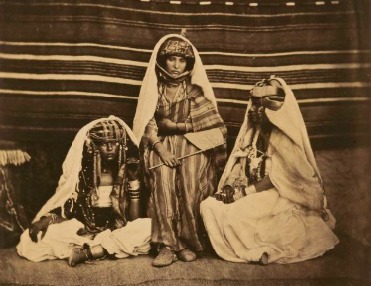 At first glance, the two images on the left look quite similar. They are both posed, but made to look real and natural. Like the images in the introduction, these women are othered and meant to sharply contrast with women in the metropole. The colonial gaze is also clear in the way they are posed. These are both groups of "dancing girls," who, as the last page discussed, were viewed as prostitutes whether or not they engaged in sexual transactions.

Like the two images, there are certainly many similarities between the Indian and Algerian cases, and these similarites allow us to begin to draw larger conclusions about how prostitution functioned under colonialism. In both cases, the tropical climate in the colonies was believed to contribute to a number of issues, including increased rates of disease and worse versions of diseases, lax morals, and a lack of shame. Indians and Algerians were characterized as syphilitic, although, as I have explained, this happened in different ways. Both of these cases also demonstrate the prevalence of hierarchies and stratification, where indigenous women were at the bottom and more carefully regulated than European prostitutes. At the same time these hierarchies existed, women in both of these cases were lumped into broader "prostitute" categories that stripped them of their cultural context.

In addition to the similarities listed above that may be said to characterize, at least in part, prostitution in a colonial context, each of the examples explored here also demonstrated key differences in the colonial contexts that led to differences in how prostitution was viewed and regulated. England and France's colonial projects were conceptualized in fundamentally different ways, and this had an effect on how they ran their colonies. In the British case, India was a colony separate from and meant to serve England. In the French case, Algeria conceptually became a part of France itself. Additionally, British colonialism was much more focused on perceived inferiorities that were grounded in the body, preventing the indigenous subjects from ever truly being "enlightened." In the French case, Algerians' deficiencies were seen to lie in their minds, and especially as a result of their adherence to Islam. This allowed for a possible "redemption" of Algerians, though at the expense of their religion and culture.

← Prostitution and Culture: The Case of the Dancing Girl
Similarities and Differences Across Colonial Contexts